Minimum CIT – how to calculate it?

From January 1, 2024 minimum corporate income tax (minimum CIT) will apply. It is a new tax which will influence the financial condition of your company. If you have determined that the minimum CIT does apply to you, it is time to perform calculations. How to calculate the minimum CIT? How to determine the tax base? What is the minimum tax rate? By when should it be paid?

Are you still not sure if you will have to pay the minimum CIT? Read our article and find out:

As part of the amendment to the regulations, the legislator introduced the second method of calculating the tax base. Importantly, the choice of method will depend only on the taxpayer.

The tax base will be calculated as the sum of the following elements:

Under the second method, referred to in the CIT Act as “alternative”, the tax base will be calculated as the value of 3% of revenue from a source of revenue other than capital gains earned by the taxpayer in a given tax year.

After determining the tax base, it is necessary to verify whether it is possible to reduce the calculated amount by the deductions indicated in the Act. Those deductions are:

Once we determine the final value of the tax base, we multiply it by the tax rate – 10%. It applies to all taxpayers, regardless of which of the above methods they choose.

Still not sure if the minimum CIT will also apply to you? Let’s talk. Our specialists will analyze your situation.

Signatory of the Diversity Charter

We respect the diversity among employees. We want our voice to be heard and thus spread awareness of changes that should be introduced in companies. We do not judge people by their: gender, age, disability, sexual orientation and other premises that may risk discriminatory behavior. 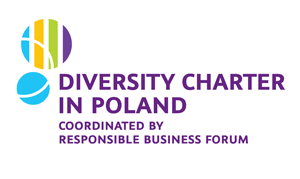 We are experts in: 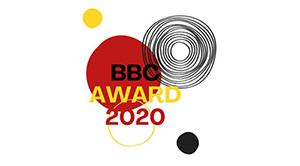 Never be the last to know about tax news from Poland.

By clicking "JOIN" you accept the terms of the Newsletter Service Regulations..

This website uses cookies to improve your experience while you navigate through the website. Out of these cookies, the cookies that are categorized as necessary are stored on your browser as they are essential for the working of basic functionalities of the website. We also use third-party cookies that help us analyze and understand how you use this website. These cookies will be stored in your browser only with your consent. You also have the option to opt-out of these cookies. But opting out of some of these cookies may have an effect on your browsing experience.
Necessary Always Enabled
Necessary cookies are absolutely essential for the website to function properly. This category only includes cookies that ensures basic functionalities and security features of the website. These cookies do not store any personal information.
Functional
Functional cookies help to perform certain functions, such as sharing the content of the website on social media, collecting responses or other "third-party" features.
Performance
Performance cookies are used to understand and analyze the key performance indexes of the website which helps in delivering a better user experience for the visitors.
Analytical
We use analytical cookies to understand how visitors interact with our website. These cookies help us provide information about the number of users, number of sessions, bounce rate, etc. They help us develop to better tailor the content for you.
Advertisement
Advertisement cookies are used to provide visitors with relevant ads and marketing campaigns. These cookies track visitors across websites and collect information to provide customized ads.
Other
Other cookies that do not fit into any other category.
SAVE & ACCEPT
Powered by